Gold was first discovered in Michigan in 1881 and commercial mining started soon afterwards. But now most of Michigan's gold is fine placer. Consequently, a modern commercial mining operation would not be profitable. Recreational prospecting, however, often proves rewarding. If you know where to look then flour, placer, and even lode gold can be captured in Michigan.

In the late 1800s, Michigan was regularly producing gold. During this period, it became home to a number of commercial mines. Many of these mines enjoyed periods of profitability and, in some cases, wild success.

Julius Ropes was responsible for one of the earliest Michigan mines. After discovering gold in Michigan's Upper Peninsula, he established the Ropes Gold and Silver Mine. The mine operated on and off for a century before closing in 1991.

Several other mines were also in operation during this period. To name a few, there was the Grummett Mine, the Swains Mine, The Giant Mines, and the Superior Gold Mining Company Mine. Between them, these mines extracted a significant percentage of Michigan's gold. Their past success is the primary reason why a commercial mine would not succeed in the state today. Thankfully, enough gold remains in Michigan to justify panning by recreational prospectors.

Recreational panning is allowed on both state and federal lands with no permit. The use of a sluice box is permitted but with restrictions- you need a permit and you are only allowed to sluice in Michigan between the months of July and August. In addition, the sluice box needs to have the correct dimensions. It can't be bigger than 52x12x6.5 inches.

Power sluicing is also allowed, but it requires approval from Michigan's Department of Natural Resources.

Large portions of Michigan have gone untouched by prospectors. Adventurous readers may enjoy seeking these places out and determining their gold content for themselves. But if you would rather increase your chances of success by panning areas that are known producers, then check out the section below.

If you're new to panning in Michigan, then the Grand River is a good place to start. At 252 miles in length, it's the state's longest river. Glacial gold deposits have been reported throughout its waters. The allure of the Grand River is that it can be easily accessed via a number of Michigan cities. Prospectors in Jackson, Eaton Rapids, Grand Ledge, and Grand Haven can all pan the river without leaving their hometowns. 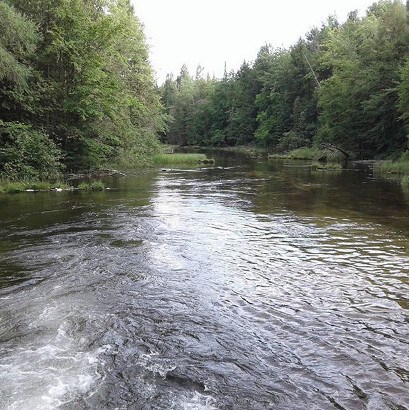 Antrim County isn't home to as many gold-bearing rivers as some other Michigan counties. However, it does have the Cedar River. This river has been the scene of several gold discoveries since panning first began on its shores in the 19th century. Most of the gold extracted from the Cedar River has been placer. 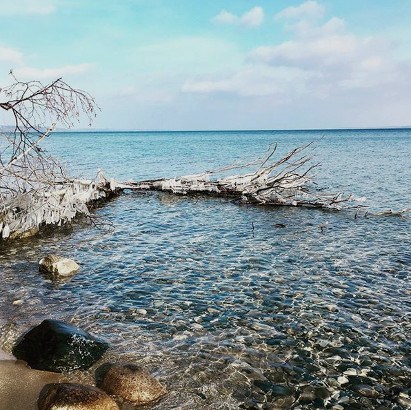 Lake Leelanau has produced its fair share of gold over the years. Despite this, it's often overlooked by out-of-town prospectors. It seems that only Michigan natives pan its waters regularly. So because prospecting here is rarely participated in by non-locals, its gold may be more plentiful than that of more heavily panned waters.

Much of Lake Leelanau's gold rests in the gravel along its shores. For this reason, you may want to consider using a metal detector to increase your chances of success. The southern end of Lake Leelanau drains into the waters of Cedar, a small unincorporated community. Cedar is located in Solon Township which is noted for its heightened gold production.

Much like Leelanau lake, the Rapid River is almost exclusively panned by local prospectors. It's not crowded so you'll easily be able to find a comfortable panning spot. While there is gold flowing through its waters, locals advise focusing on the banks of the river. This is because significant quantities of gold have been extracted from the river's gravel bars. Again, a metal detector will come in handy here.

The Flat River is a tributary of the Grand River and runs for 70 miles. Small pieces of gold are commonly reported in its waters and nuggets have reportedly been found here as well.

The river notably runs through Rockland Township, which is home to the Victoria Copper Mine. This mine has produced large quantities of gold over the years.

If you're planning a trip with the sole purpose of prospecting, then Michigan may be worth your while. Although gold is less frequent here than in some other states, an experienced prospector still has a good chance of success. Find one of the spots in the state that has not yet been panned and you may even have your own personal gold mine. Also besides gold prospecting, metal detecting in Michigan is another good hobby.