Ancient Roman coins are valued by collectors and historians alike. If you're hoping to start your own Roman coin collection, you may feel a little overwhelmed. Don't worry, that's completely normal. After all, you have hundreds of years of releases to catch up on. In this article, we'll discuss everything an aspiring collector of old Roman coins should know.

The Roman Republic first introduced coins as currency in the third century B.C. Prior to this, Romans relied on a collection of bronze weights known as the "aes rude". Early Roman coins kept this bronze composition. By the Imperial era, coins were also being manufactured from gold, silver, copper, and orichalcum.

In ancient Rome, the 'as' was a single unit. It's comparable to the modern penny. One as could be used to purchase a liter of wine. Half an as would get you a loaf of bread. When the Roman Empire expanded, the as decreased in value. Subsequent forms of Roman coinage included more valuable coins. The dupondius was double the value of the as. The sestertius was four times more valuable than the as. Romans also used the denarius (16 units), the antoninianus (32 units), and the aureus. The aureus was equal to 25 denarii. This coin was introduced during the reign of Julius Caesar and became the primary coin of the Roman Empire. It was eventually replaced in 309 A.D. by the solidus.

Julius Caesar understood the value of coins beyond currency. A single coin could be used to spread the image of the emperor throughout the Roman Empire. This made the coin one of the government's most effective instruments of control.

Caesar became the first Roman emperor to introduce coins bearing his image. His successors would do the same. Emperors with an eye towards the future printed coins bearing images of their intended heirs. This helped familiarize the public with a leader before he even took the throne. Some emperors even printed coins with portraits of their siblings, parents, and mistresses. To this day we recognize emperors based on the coins bearing their image. It can be argued that the Roman coin was the most effective marketing campaign of all time.

Roman coins are easier to collect in some parts of the world than in others. Ancient coins have been discovered in most countries with a history of Roman occupation. Italy is of course the most frequent producer of ancient Roman coins. Treasure hunters and archaeologists have also made significant discoveries in places like France, Spain, and the United Kingdom.

Ancient Roman coins are harder to find in the United States. Given that America was never under Roman occupation, US collectors must sometimes obtain these coins from abroad. There are some sellers within the United States, but they tend to use the scarcity of Roman coins in the country to their advantage. Most sellers will inflate the prices to the point that it's more economical, albeit inconvenient, to buy coins from an international seller.

Several different ancient Roman coins have gold and silver content. However in good condition, their numismatic value far surpasses their precious metal value. The value will depend on a specific coins' year and which emperor is on the coin.

Below we'll review values for three of the most commonly collected ancient roman coins. 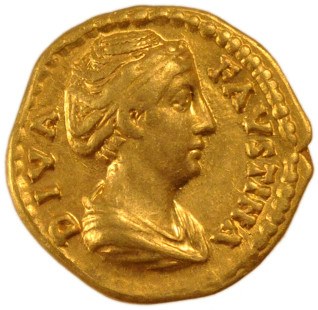 Many collectors focus on aureus coins exclusively because the aureus was ancient Rome's signature coin. These coins are close to 24-karat gold, which means they are about 99% pure gold. This level of purity appeals to collectors.

The Aureus coins are quite expensive. In good condition they sell for thousands of dollars, and there really is no upper-limit. 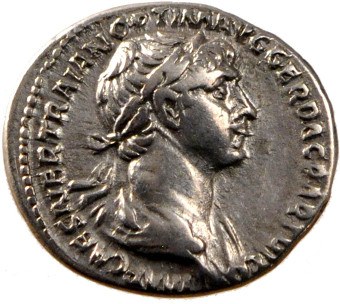 The Denarius coins are much more affordable to collectors. They started out as silver coins with a high purity and then gradually the purity dropped until they became only silver-plated. There is a lot variations with this coin since it evolved throughout the centuries. Therefore the value is going to mainly depend on the condition and year.

Most Denarius coins can be bought in the $15 to $300 price range. Rare variations can sell for much more. 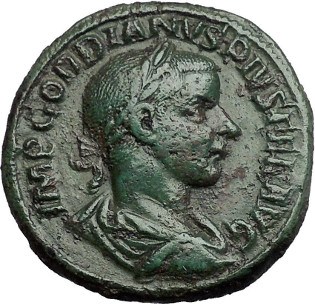 Many collectors like the brass version because it's a larger coin where you can see a lot of detail on the engravings.

Sestertius coins have a similar price range to Denarius coins, and they are generally valued in the $20 to $350 price range.

Interest in ancient Roman coins began to grow in the 16th century. Con artists took note of this and quickly figured out a way to use it to their advantage. The market was soon flooded with counterfeit ancient Roman coins. These fakes remain in circulation to this day.

Fake ancient Roman coins are often difficult to identify, especially when viewed online. Most experienced collectors can identify a fraudulent coin when they see it in person. However Novices are more likely to fall victim to scammers. Until you are confident in your ability to separate a fake Roman coin from an authentic Roman coin, we suggest consulting a seasoned collector before making a purchase. When possible, meet prospective sellers in person and bring an experienced collector with you. Allow the expert to examine the coins you are considering in order to establish their authenticity.

Some counterfeit coins are actually quite valuable. The 19th century counterfeiter Carl Wilhelm Becker produced such convincing fakes that his known forgeries have a market.

Ancient Roman coins connect us to one of the most crucial periods in human history. They were used to finance some of the world's most important works of art, feats of construction, and technological advances. It’s no surprise that so many collectors gravitate towards them.

Keep the points discussed above in mind when shopping for your first ancient Roman coins. Also remember, coin collecting is supposed to be fun. Many collectors lose sight of this fact and begin to compare their collection to the collections of others. This can cause you to lose passion for the hobby. Don't feel like your collection is inferior if you can't afford to stock it with the most expensive coins available. A $4000 aureus coin played no more important a role in the expansion of the Roman empire than a $20 denarius. Each ancient Roman coin, regardless of its modern market value, served to put food on tables during that time period.